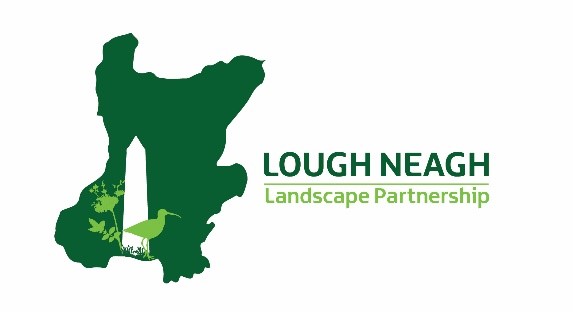 A Mental Map of Lough Neagh

I made some connections this week between some great scholars of the landscape in the west of Ireland and Lough Neagh. Firstly,  I must say that I have always loved maps and it is ironic that one of the greatest map makers on this island, Tim Robinson died last week following his late wife Mairead on the list of fatalities of Covid 19 after having to move back to London from his beloved Connemara.  He was to me a hero,  in his ability to capture the “ immensities in which this little place is wrapped” and the richness of even “ the tiniest fragment of reality.” I would not put him into any category as he was at once an historical geographer, ecologist, environmentalist, natural historian, botanist and translator.

I wish to connect his work to an enlightened project in 2008  by the then University of Ulster and four men John McKenna, Rory J. Quinn, Daniel J. Donnelly and  Andrew G. Cooper. This too had a major influence on my life and research and indeed I think it is no accident that I now work at Lough Neagh and live beside Rory Quinn ! In research completed by the Centre for Coastal and Marine Research, based at the University of Ulster, a mental map of the bed of Lough Neagh compiled from interviews with local fishermen was compared to maps produced by “science-based” techniques. The paper that they produced is one of very few that has attempted to compare Local Ecological Knowledge with scientifically acquired data. The scientists at the time had the wisdom to take on the likes of Danny Donnelly to interview the fishing families of the lough and to glean their wisdom of the place and the “ tiniest fragment of reality “ as Robinson did so well in Connemara.  There is a timeless wisdom that seems to transcend historical events and epochs. It is difficult to define yet many know and recognise it instinctively. It has been called variously Local Ecological Knowledge, (LEK) ; Traditional Ecological or Environmental Knowledge, (TEK) or Indigenous Ecological Knowledge (IEK) but in a sense this doesn’t matter as what matters is the story of the place. The fishermen of  Lough Neagh Know  these stories. Constant attention to details of nature, memories of the way the land and water looks and stories told by other travellers and fishermen about the region are used together with the movements of the animals and the sky maps plotting the moon and the stars.

The comparison revealed that the mental map was highly accurate even though none of the fishermen had ever dived to the lough bed. It was intuited by the fishermen who having fished the lough, for as long as they know, though they had never seen, the differing textures and substances on its floor. I now have the privilege to work at Lough Neagh and this local  ecological knowledge has and continues to inspire me “The accuracy of the Lough Neagh map is attributed to the fact that is a compendium of the knowledge of several generations rather than an individual perception” (McKenna et al., 2008). The article argues that the accuracy is prompted by economic self-interest and that high accuracy may be a characteristic of the mental maps held by artisanal exploiters of natural resources. Is this not simple self-sufficiency on the part of the indigenous population? Exploitation of natural resources seems modern capitalistic twist on an indigenous way of life that was managed in a sustainable way for self-interest?

Andrews one of Ireland’s experts on maps, claims that Ireland was too small to have developed a map-making tradition (Andrews in Foster, 1997: 199) and there are no known early native Irish made maps of Ireland. But it is the outsider who needs a map in order to occupy it, get around and own the local landscape and the image of that landscape. The local people did not need one as they had their own way to get around and know their own place. Recently Rosie Ryan of Coyle’s Cottage fame took me to the site of where an enormous ancient ash had fallen and was to tell me that it was a marker for the fishermen of old long before GPS. It reminded me of one of the first times that I was out on half decker crabbing off Fanad in Donegal and as the men set the pots and plotted them on the GPS, I asked what they would have done before the advent of this technology and the reply was to the effect that, they never would have left sight of the shore beforehand and knew the water from the markers in the land. Possibly we all got too greedy and moved to far from the land.

As the poet Eavan Boland says, “ the science of cartography is limited “ (Boland cited in Smyth, 2003: 58). In the Gaelic such maps were either unknown or not formally used and territories and peoples were administered mainly by words and living images associated with manuscripts, memory, local lore and myth.

Most of us carry a mental map of our place in this world. We consciously and unconsciously engage in mental discourses with the places in which we live and also the places we encounter in our travels. We make subjective comparisons between “our” place on the one hand and neighbouring places and the “outside world” on the other hand. We construct real and imaginary boundaries between our place and that of our neighbours. The French philosopher of space and matter, Bachelard has written:

Each of us should make a surveyor’s map of his lost fields and meadows … in this way we cover the universe with drawings we have lived. These drawings need not be exact. But they need to be written according to the shapes of our inner landscapes (cited in McFarlane, 2007: 232).

Stories occur in places such as Lough Neagh.  For oral cultures the spoken word was everything. They mix facts and metaphors in order to tell the story and engage the listener. They imagine the land and create and recreate it in their minds. It reminds me of what Ishmael said in Moby Dick (1851, 1998) about the island of Kokovoko: “It is not down on any map; true places never are”. The earliest sort of maps would have been story maps: spoken cartographies describing landscapes and events that took place in them. Maps such as these could be learned, amended and passed on between people and down through the generations as they are around the shore of Lough Neagh.

One way to build community is through stories. Over time, small bits of knowledge about the region accumulate among local residents in the form of stories. They are remembered in the community and even what is unusual is not lost or becomes irrelevant.

Losing the names of these places and events is a step in losing respect. Knowing the names is a first step in regaining a connection. Communities sharing such knowledge and working together are likely to engage in more sustainable ways of working that builds up local renewable assets for the future. At the end of the 2008 article on mental mapping it states

“…A pessimistic scenario is that continuing failure to recruit young men will ultimately lead to the end of the fishery, and with it the mental map of the lough that has been transmitted down through the generations. This outlook may be unnecessarily gloomy. The mental map will survive as long as the occupation it serves survives. Although numbers of fishermen may decline still further, there will probably always be a market for eels, and consequently fishing will continue on Lough Neagh. It seems likely that for the foreseeable future the fishermen will continue to rely heavily on the mental map of the lough handed down to them from the past. “

We are lucky that so much work has been done about the Lough Neagh stories but the sheer immensity of the place means that the work following  the likes of Tim Robinson is never finished here.

The full title of the article and that abstract read as

A mental map of the substrate of Lough Neagh, Northern Ireland, compiled from interviews with local fishermen, is compared with maps produced by science-based techniques. The comparison reveals that the mental map is highly accurate. This finding contrasts with the spatial distortion characteristic of the classic mental map. The accuracy of the Lough Neagh map is attributed to the fact that it is a compendium of the knowledge of several generations, rather than an individual perception. Individual distortions are filtered out, and accuracy is promoted by economic self-interest. High accuracy may be characteristic of the mental maps held by artisanal exploiters of natural resources.

It can be accessed in full at: