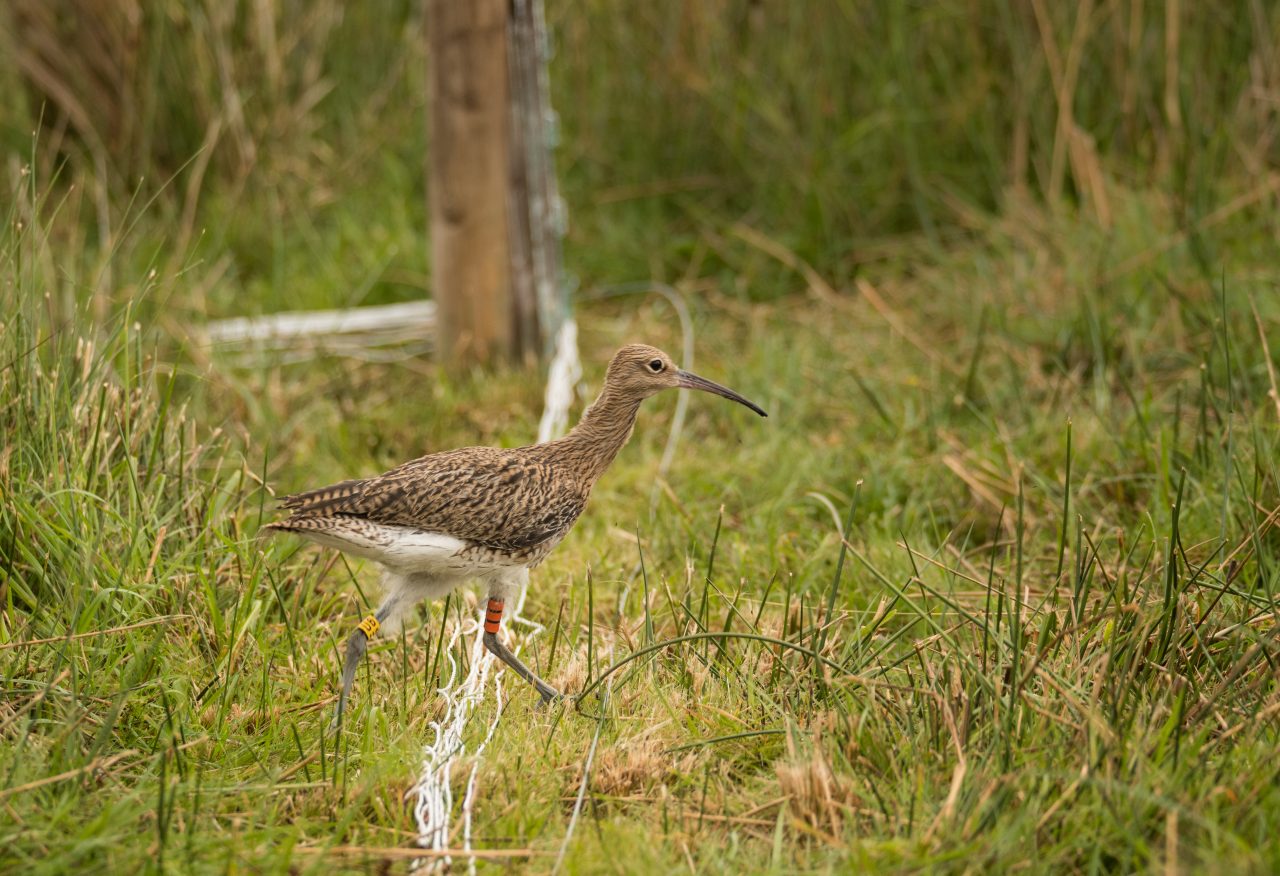 Curlew chicks are enjoying a new lease of life around the shores of South Lough Neagh after their eggs were rescued from a peatland blaze.

The team at Lough Neagh Partnership has been delivering the National Lottery Heritage Fund supported “Saving Nature” project in the area under the Lough Neagh Landscape Partnership since 2016, but this year things on the Moss took a dramatic twist when a fire ignited on a large block of peatland habitat and, as the local Northern aIreland Fire and Rescue Service worked around the clock to put the fires out, the temperate weather conditions, lack of rain and fanning winds reignited the fire on other areas of the site.

Forced to undertake frontline conservation work after the fires which smouldered for weeks burned over 50% of their site and removed vital nesting habitat for the adult curlews and destroyed essential food supplies for the still to hatch vulnerable ground nesting chicks, the Lough Neagh Partnership team alongside partner organisations RSPB NI and NIEA, took emergency lifesaving steps to save the eggs. For the first time in Ireland the partners acquired a licence to remove the fragile eggs from their natural habitat and maximise their chances of survival, as these birds are one of Northern Ireland’s most endangered species, having declined by 85% since 1985.

The eggs were placed in an incubator and transported to a secure location for hatching and hand rearing. The chicks were then transferred to the RSPB’s Portmore Lough reserve where they were kept in a pen on soft rush pastures providing ideal feeding habitat for curlews.

Dr William Burke of Lough Neagh Partnership said: “These birds are so vulnerable and incubation was crucial for the survival of these chicks. This project became a real labour of love for our project officer Siobhan Thompson who, alongside Dr Kendrew Colhoun, and Kerry Mackie of KRC Ecological, completed the works on behalf of Lough Neagh Partnership. Kerry’s experience in incubating eggs and hatching chicks championed an innovative solution in record time to ensure the successful moving of the eggs and he then monitored the hatching of these eggs during some of the most difficult times we have ever experienced. The growth of the chicks has been miraculous and we are overjoyed to be able to release them at Portmore Lough RSPB reserve.”

Dr Neil McCulloch, Ornithologist at Northern Ireland Environment Agency, said: “Curlew have declined catastrophically over the past 30 years and the plight of this iconic species is now recognised as one of the UK’s most urgent conservation issues. The decline has been particularly severe in Northern Ireland, with over 80% of our Curlew having been lost. One of the main problems has been the poor survival of young birds and every chick is now precious. The Lough Neagh Partnership are therefore to be congratulated for their prompt action in ensuring the survival of these broods and NIEA is delighted to have been able to assist this project. We now hope to see these young birds returning to the Lough Neagh area in future years and becoming part of an increasing Curlew breeding population. The fact that this project was necessary also highlights the danger to wildlife posed by fires in the countryside, most of which are avoidable.”

Seamus Burns, RSPB NI Area Manager, said: “When asked by this community-led project to make Portmore Lough Nature Reserve available as a safe and secure place in this emergency response to save these curlew chicks, RSPB NI was happy to support.”

Kendrew Colhoun said: “This was a big step for us to take. As conservation scientists, our key job is to work with the local community to gather information on these special birds to help inform their protection. It is clear that our love for them is shared by the community and we simply could not be bystanders to the acute threat of burning this season. In the wild we have thankfully seen some young birds successfully fledging elsewhere in this area this year and further boosting the Lough Neagh population, albeit by unconventional means.”

The curlew chicks have now been released as they are able to fly and survive independently and it is hoped they will continue to thrive and breed in the Lough Neagh landscape.